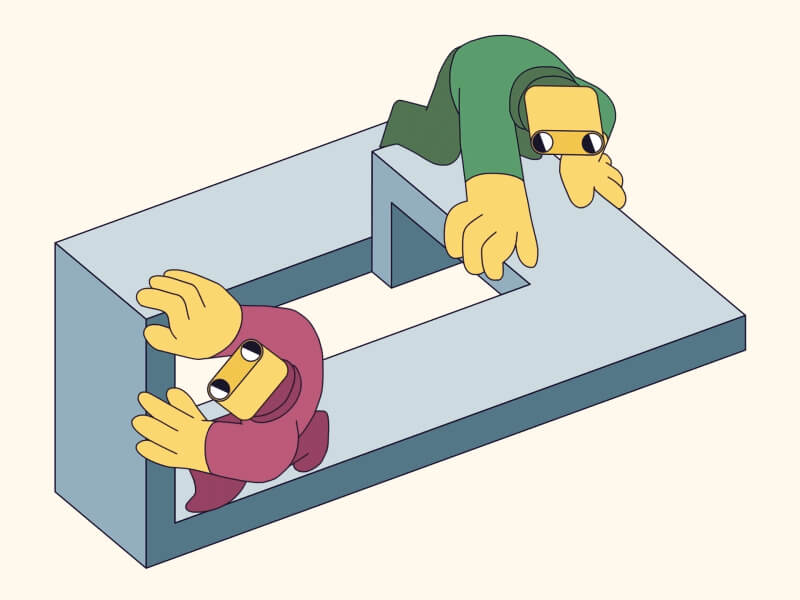 You've heard good things about what some people call employee evaluations 2.0: Multi rater feedback aka 360 feedback. You're thinking of implementing it at your company, but you want to know what you're in for, and so you're going to do your research first. What are 360 degree feedback advantages and disadvantages you should know before you jump in?

360 feedback is a process in which leaders receive feedback not just from their supervisors or manager, but also work colleagues and even customers. This 360-degree approach to performance appraisal allows for more accurate evaluations of behavior than traditional forms of performance management because it takes multiple perspectives into account. 360 degree feedback doesn't necessarily replace formal reviews but rather supplements them with another form of communication that can be beneficial to an organization's culture, particularly if employees are encouraged to share what they appreciate about each other in the 360 forums. Employees who appreciate one another tend to work together more productively, and 360 degree feedback makes this kind of communication easier than ever before.

Short-term 360 degree feedback advantages and disadvantages are the ones you can count on seeing just as soon as the survey is done. The effect might not last forever, but it’s a significant effect while it is around. Short term results of your survey can include:

No one likes filling out lengthy evaluation forms; if they’re done right 360 degrees forums take much less time for participants and reviewers alike. Sure, peer feedback you’ve got a lot of people filling in questionnaires: but none of them will have to spend hours pouring over the forms. This equation alone makes a 360 degree performance management system an ideal candidate for replacing formal reviews because both employees and management will benefit from it.

Even though 360 evaluations are not always used to evaluate individuals, they do provide valuable insight into how well employees are working together as teams. The 360 degree feedback system lets you track progress over time, and that's definitely an upside if your organization is trying to implement company initiatives or other strategies that require team-based progress reports. Multi source feedback should provide the information you need to measure progress effectively at your company, so use this 360 advantage!

For a different perspective, short-term 360 degree feedback disadvantages can include:

1: The 360 degree feedback process has a costly implementation

Before you implement 360 degrees at your organization, you'll have to invest significant time and effort into finding 360 moderators, creating the forums, and preparing your employees for 360 evaluations. This is a short-term disadvantage of using 360 degrees because these costs will only be incurred once, but they're important to take into account before making a decision about a 360 degree performance appraisal or any other form of evaluation.

No disrespect meant to our friends in HR (we love you!), but sometimes they make mistakes when creating 360 degrees forums. 360 degree employee feedback is a formal process, and employees may not take that seriously if they don't like the 360 degree evaluation criteria or how it's communicated to them. This 360 degrees disadvantage could lead to some serious employee dissatisfaction, and before you know it, employee performance will suffer and 360 feedback results will be up in smoke!

A long-term result might not be immediately obvious, but trust me, over time it will end up far more significant than short term problems or successes! Long term 360 feedback advantages and disadvantages include:

1: A 360 degree performance evaluation encourages employees to learn from their mistakes

When employees receive a 360 degree review they're open to suggestions for improvement because they want to continue working at your company! So when a 360 review reveals an area of improvement, it gives your team the opportunity to correct errors and work on improving themselves for future projects. The resulting increase in core competency is definitely a 360 degree feedback advantage.

This 360 degrees edge is definitely one way to encourage increased productivity at your organization. 360 degrees help boost morale because not only will employees appreciate their colleagues' hard work, but they'll want to emulate it by becoming more productive workers themselves! This is true even when you use anonymous feedback. That's how 360 degree assessment makes everyone "up their game" and achieve higher levels of performance, and that's an upside for everyone (except maybe the lazy ones).

Employees might not like hearing negative things about themselves during 360 evaluations, but those could actually be constructive criticism for them to grow and develop better skills! The appraisal process lets employees know what they're doing right, but it also reveals parts of their work where they can improve. This 360 degrees advantage gives your company an opportunity to become a better place for employees and management because everyone has the chance to learn and practice new skills to achieve higher levels of performance!

When 360 degree feedback reveals performance issues, employees know to improve their teamwork skills! 360 degrees can change employee behavior because 360 results reveal the areas where they need to improve, essentially holding them accountable for a certain kind of conduct, competency or work ethic. 360 degree feedback lets employees know exactly what's going right and wrong with your team's performance which makes it easier for everyone to figure out where they can make improvements. A 360 degree appraisal system helps change employee behavior by letting them know whether they're meeting set standards and that's definitely an edge!

For long term disadvantages, I’ve got:

This 360 evaluation disadvantage means that managers need to supervise 360 evaluations, and this is not just during the performance review process but afterward too. Managers should also be familiar with 360 results so they can properly coach their teams based on those results. That could be a lot of work, but it's also an opportunity for leadership development and for 360 degree managers to develop their own human resource skills!

Sure, I told you 360 evaluations were wonderful because the time load on each participant was minimal, but let’s be honest, nothing good is free, and these surveys take time to be implemented correctly. 360 results should not only measure progress but also reveal where improvements can be made in employee morale, productivity, etc. If your organization is trying to implement 360 degree feedback, managers will need to train employees on how 360 evaluations work, so 360 degrees can take time away from everyday workflow. If you're not willing to put in the time and money the review process will cost, you may want to consider a more informal feedback tool, the free Slack app Matter, which enables your team members to give each other constructive feedback, is a good option.

3: 360 degree feedback could cause problems in the workplace

360 degrees can also create problems in the long-term when employees feel intimidated by others who speak negatively about their performance. 360 evaluation disadvantages include morale problems, where individuals may begin to resent or blame one another for negative impacts on performance which creates a more toxic work environment! This isn't good for either business or anyone involved, so 360 degree offers opportunities and challenges alike!

360 degree feedback can be a beneficial way to measure progress, set goals for your workforce, communicate organizational changes, etc. Results are usually presented in an informative manner that's easy to understand, and they give people all the information they need about their own overall performance!

360 degree feedback also keeps employees accountable which means workplaces should run more efficiently from both a long-term and short-term perspective. That said, this type of feedback may produce challenges as well as opportunities because 360 results make individuals feel intimidated by others who speak negatively about their work or workplace where morale problems may arise. In the end, 360 degrees offer opportunities and difficulties alike, and should be introduced with careful planning and due caution!