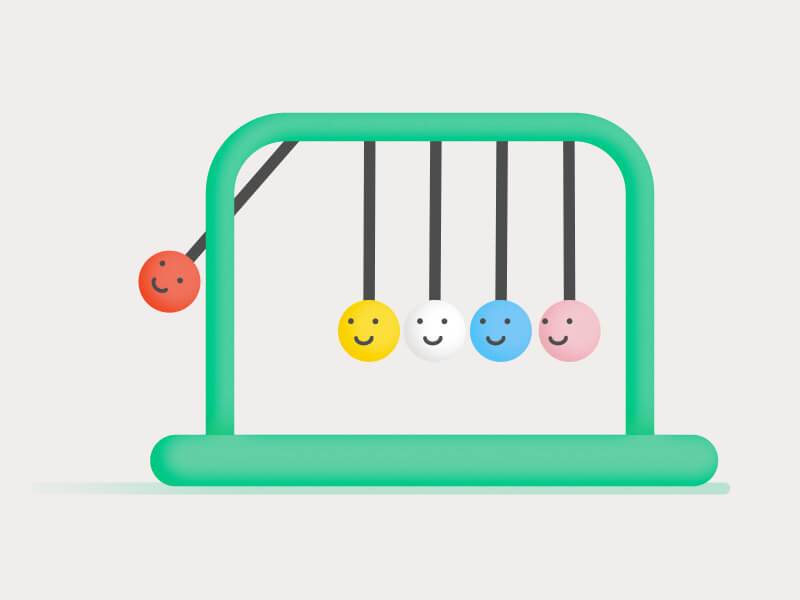 They’re the favorite of HR departments across the country, and are not going to be going out of style anytime soon. Your versatile 360 feedback tool. Here’s everything you need to know about implementing this handy survey in your own company.

A 360 feedback tool can be used to collect performance reviews from employees, peers, subordinates, and managers. A 360 degree feedback allows employees to share how they feel about their manager's behaviors, style and abilities.

A 360 feedback tool is an evaluation that solicits feedback from various sources. Typically, it is used by HR departments to collect performance reviews from employees, their peers, subordinates and managers. Multi rater feedback provides a more complete evaluation of a person's performance than what would be possible through one "objective" review. 360 feedback tools are also known as 360 degree surveys.

Employees can help their peers, subordinates and managers by giving valuable input on their performance. An employee might not feel comfortable providing negative feedback to his boss for fear of repercussion; however, if he is doing so anonymously through the 360 assessment, there are no negative consequences at all. 360 feedback tools can also help an individual gain a better understanding of his skills and abilities by allowing him to see the opinions of those who work closely with him.

Benefits of a 360 feedback tool

The 360 feedback process can have multiple benefits for businesses that use them. First, 360 feedback tools enable employees to provide honest feedback directly to their leaders. Since 360 degree surveys are anonymous, subordinates might feel more comfortable providing negative feedback than they would with a traditional direct report review system where they might fear retribution if their manager is the subject of the review.

360 feedback tools also increase worker productivity and leadership effectiveness by encouraging employees to communicate with each other about issues that might surface in a work environment. 360 feedback tools help companies improve their employees' performance and make them more valuable, as well as increase employee retention and improve the employee experience. By implementing 360 feedback tools, employers can develop a culture of continuous improvement where employees are provided with regular feedback from those who work with them most closely. To sum it up, 360 feedback benefits include:

360 feedback tools are implemented by asking those close to an individual to rate how they feel about an individual's behaviors, style and abilities. This rating system is based on a scale of 1-5 or any other similar scale that is used to determine how effective a person is in certain areas. 360 feedback tools usually have a list of behaviors and skills, such as working well under pressure, teamwork or managing time effectively. 360 feedback tools should be based on the job description to ensure that they are relevant for the subject being reviewed. A 360 feedback survey can also include questions about traits, such as integrity, perseverance, etc.

360 feedback evaluations should be administered by someone who is impartial and trusted by the contributors. 360 feedback tool results are anonymous, so it's important to have a trusted administrator who can open 360 feedback surveys securely and review them for any errors before combining them into a single 360 feedback report.

These tools can be combined with other 360 degree reviews and input from managers and peers to create a comprehensive performance review system that will allow employees to improve their skills and abilities for the future.

Remember, 360 feedback tools should not be used as a replacement for manager or peer reviews, but should be used in conjunction with them to deliver the most comprehensive review system for employees.

360 feedback tools are an excellent way to supplement traditional performance reviews with 360 feedback forms that allow workers to provide employers with more detailed information about their strengths and weaknesses in relation to how well they perform their job requirements. 360 feedback tools also give low-level employees an opportunity to provide anonymous evaluations of their supervisors and managers, allowing them to voice opinions without fear of reprimand. 360 feedback tools are also an effective 360 degree review system that provides workers with regular feedback from those who work closely with them most often.

360 feedback tools can be used to build a review system that allows employees to find their weaknesses and strengths through multiple reviews from the people they work with every day. Think of your 360 feedback tool as a pair of multi-dimensional glasses that allows you to see things you couldn't with a one-dimensional eye-piece. Remember, your end goal is employee performance, competency and productivity, so design your surveys to collect data that will help you help your employees do their best. Employee development classes and professional growth seminars are effective ways to put your new knowledge of your team's strengths and weaknesses to good use.

360 feedback tools are most effective when they are used regularly, so consider designing your evaluation to be completed quarterly or more often depending on your company's needs. You may want to have 360 feedback surveys completed less often for your lower-level employees and more often for managers or those in leadership roles.

Targeted software can make implementing your 360 survey that much easier. Examples of cloud-based 360 degree feedback software that automates both giving questionnaires and analyzing feedback are SurveySparrow, SurveyMonkey, and Trakstar. You can also encourage your employees to give each other more informal consistent feedback using software like the free Slack app Matter.

Got all that? Here are a few final tips to keep in mind as you begin using your 360deg feedback tools:

You can also invite managers and employees' colleagues to administer a 360 degree survey so that everyone is on the same page, even if they aren't working together directly.

Employees often give positive comments when asked to describe their manager, but 360 feedback tools allow a participant to share thoughts they normally wouldn’t say in a “meeting” setting. This anonymous feedback feature can be very helpful in improving communication between managers and their employees.

But remember, a tool set is only as effective as the person administrating it. A 360 feedback survey is much more helpful when they are conducted by someone who is fully aware of the job requirements and employees in question. It is also important that this individual is fully trusted by both the person being rated and the raters. Done right, 360 degree feedback surveys can be effective tools for professional growth because they allow everyone to see how well an employee performs in relation to their peers. You may find them to be some of the most versatile and effective tools in your toolbox.