Constructive Feedback: What It Is and Why It's Important 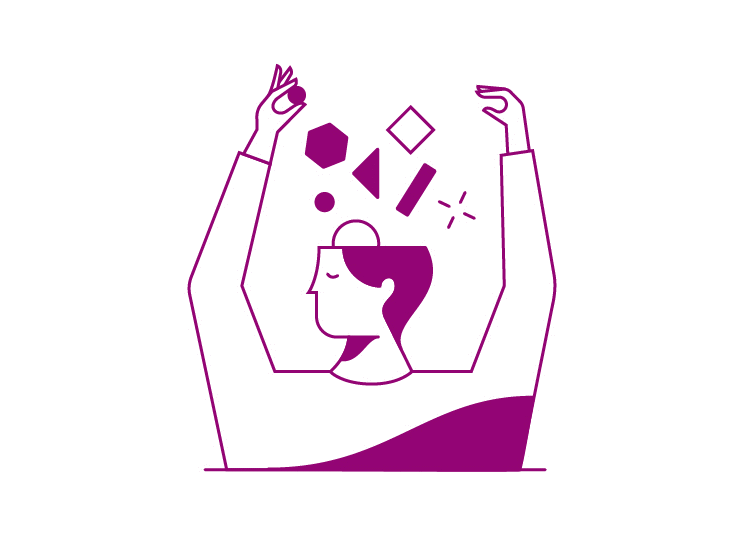 Why is effective, constructive feedback so hard to give and get? Honestly, it’s not easy to tell someone where they went wrong. It’s also not exactly easy to gather critical feedback without feeling like you’re being judged or put down.

On the other hand, feedback that doesn’t offer constructive criticism isn’t useful. Giving or getting nothing but positive feedback only makes both the giver and the recipient feel like they’re caught up in a “mutual admiration” loop. That kind of feedback doesn’t feel honest or real because, deep down, we all know we have some room for growth.

You want to be helpful, but you also want to preserve a healthy, working relationship with everyone in your feedback loop. So, where do you start?

To be useful, feedback has to avoid “the blame game.” It has to go beyond broad generalizations. It has to have a point that the recipient (whether that’s you or someone else in your circle of peers) can use to build with, develop, and take action on in order to move forward.

What Is Constructive Feedback And Why Is It Important?

Most people understand that constructive feedback tends to be more positive in nature than regular or negative feedback. But what is it that makes this feedback “constructive”?

How Does Constructive Feedback Differ From Ordinary Criticism?

Genuinely useful feedback is the right mixture of praise and criticism, with a strong emphasis on what the individual can do to develop in areas that are key to their success. It fosters a belief that the receiver of feedback has it in them to grow and reach new heights, while not shying away from pointing out where they need to improve.

Why is this mix necessary? Everyone has room for improvement and personal growth somewhere. Giving nothing but positive feedback can lead someone into a false sense of security and the belief that they have no areas where they can improve. Giving nothing but negative feedback can leave the recipient feeling demoralized and threatened. Neither one is beneficial to the individual recipient of the feedback nor the organization as a whole.

This changes the dynamic of the feedback by giving the receiver a specific example of the behavior that was negatively perceived, and a clear understanding of why it seemed negative to others. Framing the statements around how a behavior impacted the person giving feedback makes the criticism less pointed. The lack of judgment makes it easier for the recipient to consider the feedback without responding in anger or fear.

Can Constructive Criticism Really Be Delivered In A Way That Gets Heard?

Those three things will generally cause the recipient to shut down, or get angry and respond defensively. Nobody benefits in that situation. If you want feedback to be the most constructive, there are a couple of other general rules to keep in mind:

Now, let’s discuss a few different ways to handle the delivery when you’re offering opportunities for growth through your feedback.

What Is An Effective Framework For Delivering Constructive Feedback?

Several different frameworks are useful. You really aren’t limited to one because they all have value and can even be combined in unique ways. Here are some common methods of delivering constructive criticism:

1. An example is the “Feedback Sandwich” method

The Feedback Sandwich gains its name because it uses two pieces of positive reinforcement (compliments about behavior the recipient should continue) like bread on either end of the constructive criticism (the “meaty” information that is more critical and points out opportunities for growth).

2. Another is the Rosenberg Method of Feedback

This is a respectful way of communicating the giver’s observations, feelings, needs, and requests.

Observations from the giver are about what that person sees and hears, while feelings talk only about the emotions that were provoked by what was seen or heard – not evaluations or judgments about what was actually intended by the recipient’s actions.

The person giving feedback then communicates what they truly need in a similar situation and makes a clear request. It’s important to always phrase the last part as an actual request and avoid demands. Remember: There’s a big difference in the emotional reaction you’re likely to get between “You need to..!” and “Would you be willing to…?” when the recipient hears those words.

3. There is also the “Stop, Keep, Start” method of constructive feedback

Also known as the “SKS method,” this may be the easiest method of constructive feedback method to use, especially for beginners. You start by asking yourself the following three questions before you frame your feedback statements to the recipient:

This is one of the most actionable forms of constructive feedback you can give, although you have to be careful not to focus too much on the negatives – otherwise, you may simply be perceived as overly critical.

Remember the earlier example we gave you about how not to deliver feedback? Let’s try it this way, instead. If you were to put that particular feedback into the SKS method, it might sound something like this:

Matter is more than just a tool. It’s a platform that empowers individuals, teams, and companies of all sizes to achieve personal growth and incredible productivity through the power of continuous, useful feedback.