How to Be a Better Multitasker 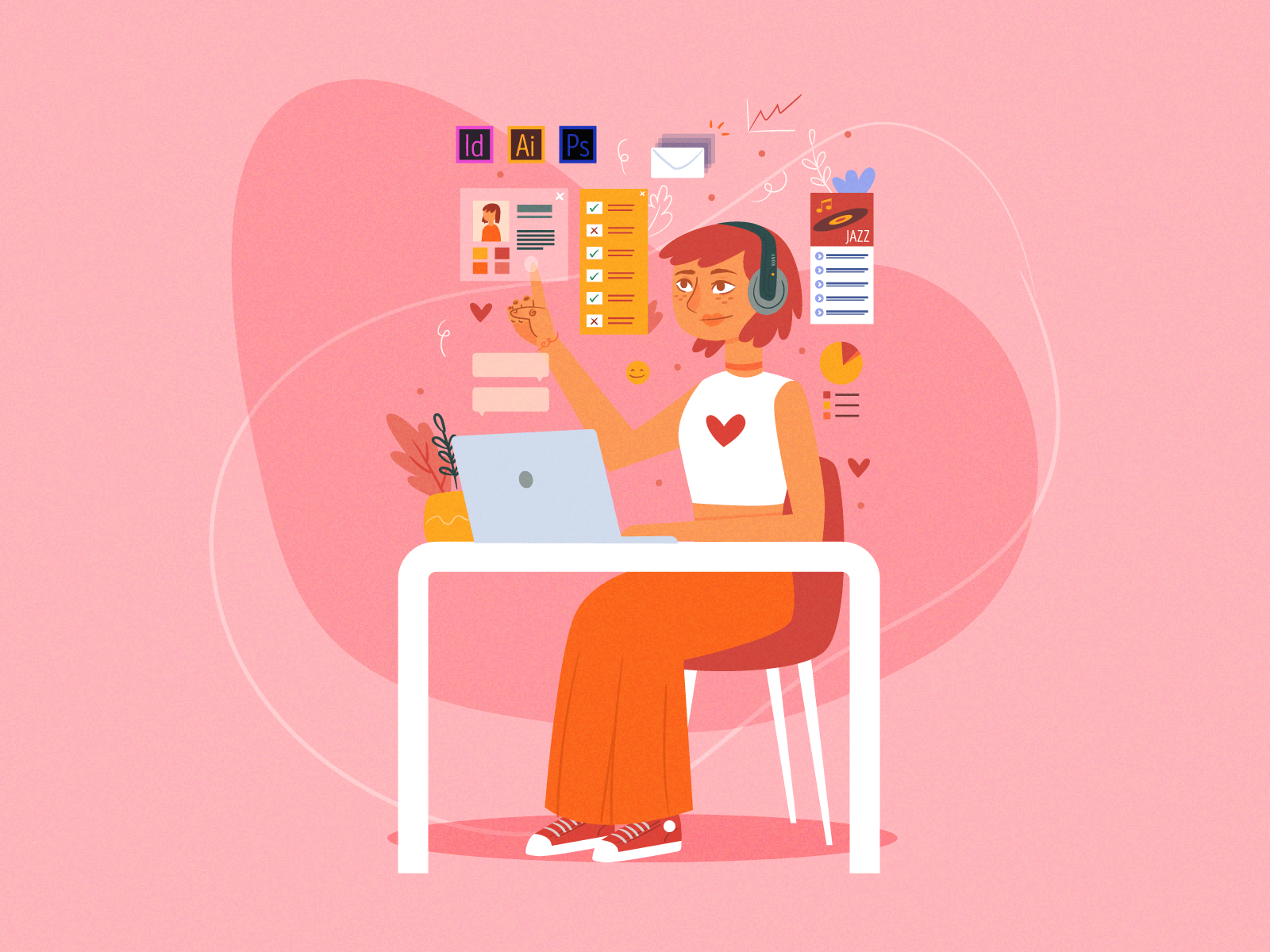 Is it possible to be an efficient multitasker? Or is it just a myth?

The short answer is yes, but it takes practice and critical thought to be able to be a multitasker. Ironically, a good multitasker can figure out how to not actually do multiple tasks at the same exact time. But we can get more into that later! 👀

Before we dive in, check out our multitasking guide. Matter’s compiled this master guide of super multitaskers, the do’s and don’ts, and how you can become one yourself.

What exactly is a good multitasker?

When we are referring to multitasking, we are not talking about literally doing two things at once. We are more often than not referring to performing two tasks simultaneously, switching from one task to another, or performing two or more tasks in rapid succession. While this mental juggling sounds appealing, it comes with costs.

According to research at the Department of Informatics at the University of California, Irvine, a good researcher is a person who is able to pick the right things to multitask.

Joss Whedon, screenwriter and director of Buffy the Vampire Slayer and The Avengers, has to juggle many projects at the same time. And he's been credited as a great multitasker. While no one can doubt his project management chops, he has a different term for it: “The secret to multitasking is that it isn’t actually multitasking. It’s just extreme focus and organization.” At 55, Whedon has directed six TV shows, eleven movies, and numerous comics and digital content.

"We may think we are multitasking, but we are really task-switching."

The Ingredients In Multitasking

If you cracked open a master multitasker, these are the three ingredients you will find.

Repetition. The best outcomes when multitasking is when the tasks are repetitive to the point where they do not need to exert much energy. They are great at automating and memorizing their daily work, thus getting things done more efficiently. For example, an efficient project manager sends recurring Google Calendar meetings to the team instead of individual emails repeatedly.

Prioritization. It may seem like multitaskers are just know how to effortlessly prioritizing their work. But behind the scenes, they're strategically planning projects, deliverables, meetings, and foreseeing potential roadblocks. Multitaskers know how to prioritize their tasks based on level of effort and urgency using work management software.

Productivity. Efficient multitaskers understand the importance of delegation and focus. They know exactly who, when, and how to bring the right people to tackle a complicated project. They do NOT try to just do it all. For example, a good content writer knows when to ask for a second pair of eyes to look over their writing.

Why do we want to be multitasking machines?

The truth is, we're all just trying to save time. Many of us believe that if we multitask we can cross off more items on our to-do lists. We can get more items out of the way in order to focus on important tasks that need more attention.

But while multitasking certain tasks may seem efficient on the surface, it may actually take more time in the end and involve more error.

According to a 1995 Journal of Experimental Psychology General study, researchers found that although the cost of switching tasks may be relatively small, like taking a glance at your phone during a meeting, it can compound exponentially with each task. And eventually adding up to large amounts of work when repeatedly going back-and-forth between tasks.

The study also found that shifting between tasks led to brief mental blocks which costed as much as 40 percent of someone's productive time. That's why multitasking complex tasks may seem efficient on the surface, in reality, it will take up the most amount of time.

"The secret to multitasking is that it isn’t actually multitasking. It’s just extreme focus and organization."

When is multitasking good and counterproductive?

There’s been a lot of research into the psychology of problem solving that says if you let problems marinate, sometimes it helps in solving them. A good example would be a software developer that just can’t trace a bug, so they set aside that tasks and let it incubate. The answer may come back to the software developer later while they are working on another task.

However, if you have your hands in a major project that requires intense focus, then it's best to refrain from multitasking. Or if you're coming up to a deadline, practice paying attentions to the tasks that are prioritized at a higher level.

Remember: It’s generally counterproductive if you’re working on one task and you’re interrupted on a completely different topic. You have to completely shift your focus and thinking to this new task, and then attempt to remember where you were in your previous project. It becomes mentally exhausting.

Ways to be a master multitasker

📦 Timebox yourself. Think critically about how much time you should give a certain task, and stick to it. Letting task times spill over into other task times is a recipe for disaster. A good way to timebox yourself is through the Pomodoro Technique. This technique uses a timer to break your work into 25-minute intervals separated by short breaks.

🎛 Context switching. First, make an effort to do tasks one at a time. Stick with one item until completion if you can. If attention starts to wane, consider switching to a new task. But be sure to leave yourself a status note for when you circle back. Jump to the next task with your full attention and try to complete to the best of your ability.

📅 Plan ahead. Figure out what projects you have to complete, so you can minimize your chances of multitasking. For example, if you have 2 upcoming deadlines for the same day, think about shifting your schedule around to leave appropriate time to complete the tasks and accommodate any last minute add-on items.

🚨 Prioritize tasks. It doesn't matter how fast you work if you are working on the wrong things. List out all your tasks and order them according to importance, urgency, and effort. If you're confused about what tasks to prioritize, consider reaching out to your teammates for help.

❌ Eliminate distractions. While we can’t go off the grid to get work done, we can control aspects of our environments. Try silencing your phones or place it where it's not in reach. Pause all notifications through Slack or email. Also, think about working in a physical environment where you're working alone.

While we believe in multitasking, we encourage professionals to find efficient methods of multitasking that benefits their team, company, and overall. As the famous Ron Swanson once said: "Never half ass two things. Whole ass one thing."