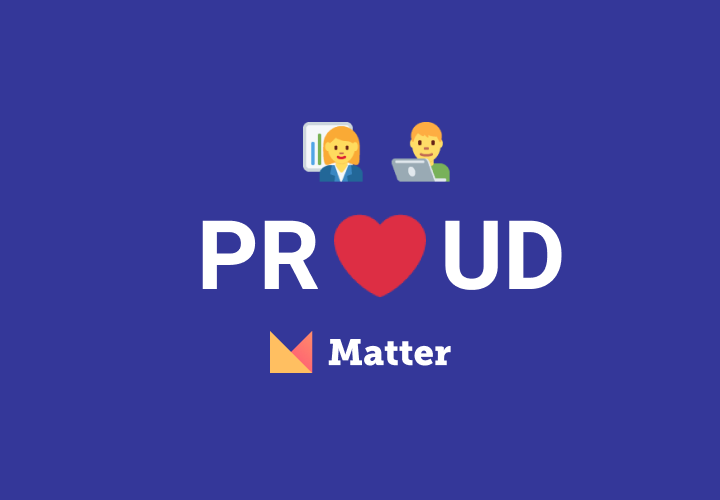 I’m a clinical psychologist and researcher at a large academic medical center. My husband is a two-time founder and CEO in Silicon Valley. At first glance, it might seem like there’s little overlap in our professional lives. Until now, that was mostly true. That all changed when my husband started Matter, a social impact company that has incredible bearing on the professional lives of career-minded women.

Allow me to back up for a moment

Like many couples in the early stages of their careers, Brett and I have supported each other through lots of professional growth and changes over the past 13 years. In this time, our careers have rarely intersected. For example, it was hard for Brett to grasp the intricate details of NIH grant applications or understand why I was struggling with a insurance company to cover more therapy sessions for a patient in need. In parallel fashion, I stumbled and fumbled when people asked me about Brett’s work. I threw out the words “tech,” “start-up,” and “founder” and hoped they didn’t ask follow up questions. That all changed when Brett founded his current company, Matter.

Don’t get me wrong - Matter is still a start-up in the tech industry with all the .com and venture capital language you’d imagine. What differentiates Matter from the previous work my husband has done is that Matter is a social impact company.

What does that even mean?

It means that one of the goals of Matter is to help people and make their lives a little easier. As a psychologist, I’m certainly on board with that. Perhaps even more importantly:

Matter addresses the gender inequality in feedback that often holds women back from promotions and executive roles.

Less than 5% of Fortune 500 CEOs are female. You see, research shows that women not only receive less professional feedback overall, but they also receive feedback that is more vague and less constructive. Similar performance outcomes may be reviewed quite differently depending on the gender of the person. In other words, when John isn’t doing well, his shortcoming is positively framed as an area where he can grow. Jane might be negatively evaluated for this very same shortcoming, without concrete feedback on how she can improve (learn more on Harvard Business Review, Inc, Fortune, and Forbes).

Matter changes all of that by standardizing and automating the feedback process, using more objective, gender-neutral language, inviting reviews from a broad group of peers, colleagues, and supervisors/supervisees, and increasing the frequency with which feedback is given. When you leave feedback from someone on Matter, you’re also encouraged to leave written notes and start a deeper conversation about professional growth.

I realize that changing years of systemic gender inequality will require a multifaceted effort from individual employees through powerful business leaders. I don’t claim that Matter is the cure, but I think it’s one strategy that addresses a key problem within the corporate leadership imbalance. One of the things that appeals most to me about Matter is that it’s a bottom-up rather than top-down tool.

Women (and men) request the feedback on the skills that matter from the people who matter, and then get to take that data with them when they move to a new position (hopefully a promotion!).

All this to say, after Brett started Matter, our dinner conversations shifted dramatically. Very quickly, we were talking research on psychometrics, rating scales, and gender biases. I was looking up PubMed articles on career satisfaction and gender differences in leadership styles and sending them his way. We were having healthy debates about how men and women FEEL when they receive positive feedback and constructive criticism, and how to leverage that in professional goal-setting. Let me tell you, a conversation about emotions and gender in the context of our jobs (well, at least Brett’s job) was certainly not something that had happened often during our time together.

I’ve always been proud of the work Brett has done. Matter is no different. However, Matter is a social impact company that I can really get behind as a psychologist and ambitious, career-minded woman.

I voted for Matter as ProductHunt’s Social Impact Product of the Year. Whether you’re a female with big career goals or a male ally for gender inequality in leadership, I hope you’ll do the same by voting for 👉 Matter in the Social Impact category on ProductHunt.

Feedback Filters, Slack your feedback, and more!
We have been hard at work to make it easier for you and your team to start building a feedback culture together. Filter Your Feedback: With our newly introduced Feedback tab, you can also look up and filter feedback based on Kudos, senders, and skills. Feedback Filters is available for all Pro workspaces.

Matter for Slack: Kudos, Feedback Friday, and so much more!
Today's the day! Matter is officially exiting beta with the launch of Matter for Slack to help you build stronger and happier team culture! Now, you can use Matter with your entire team by creating a workspace through Slack Integration.

Matter's New Give Feedback Flow is Now Amazing
When you start a company, you aspire to make a positive impact in the world. Oftentimes, after launching your minimal viable product (MVP), you learn that you might not be living up to your mission statement. 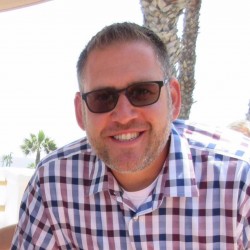